An exciting announcement from UNESCO (United Nations Educational, Scientific and Cultural Organisation) confirms there will be an International Geodiversity Day celebrated each year on 6 October. This is great news for those interested in geodiversity and the Black Country.

But what is geodiversity and how is it relevant? Well, the UK has some of the most diverse geology in the World.  Even in England there is an extremely wide range of rock types including Cornish granites, the white chalk of southern and eastern England, limestones of the Peak District, red sandstones of Cheshire and the coal measures of the Black Country.  These rocks are of different ages and formed in different ancient environments.  They often contain fossils representing different stages in the evolution of life and sometimes contain important mineral deposits such as lead and copper.   Further shaping of the land by rivers and glaciers and by humans in extracting mineral resources has then created the landforms we see today.

In July 2020, the Black Country became a UNESCO Global Geopark. This global recognition reflects the Black Country’s internationally important geology and industrial heritage and that local communities, students of all ages and tourists can come and see this geology and learn about the role it played in fuelling the Industrial Revolution. Through hands-on or virtual access to a range of special places, it is possible to experience geological features, fossils, industrial archaeology, and the wildlife which has now colonised the quarries, pits and cuttings related to the working and exploitation of the Black Country’s geological resources. 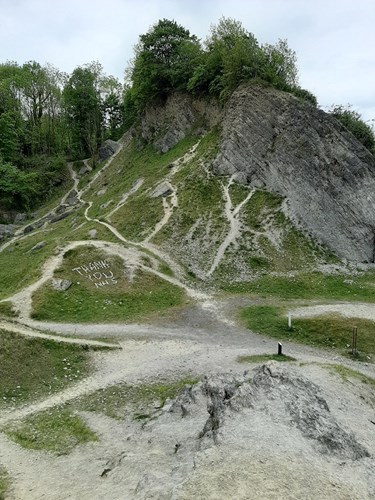 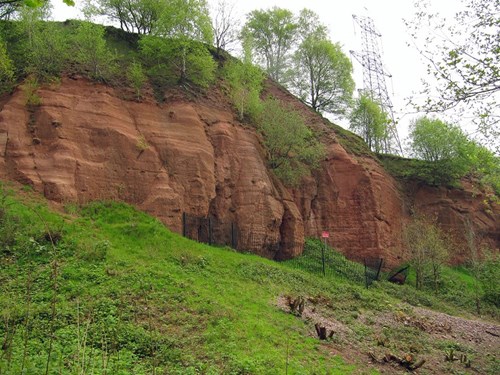 So how does ‘geodiversity’ relate to the Black Country and the UNESCO Global Geopark?  Quite simply, it is fundamental to it. The Black Country is endowed with important and extremely diverse geology which has defined the whole character and history of the area.  Silurian limestones (e.g. the Wren’s Nest National Nature Reserve (NNR), coal measures and clays (e.g. Saltwells NNR) and red sandstones (e.g. Barr Beacon) have shaped the landscape.  Firstly, because these rocks have different resistance to weathering with harder rocks forming hills and softer rocks forming lower lying areas.  Secondly, because the proximity of easily accessible relatively shallow coal, limestone, ironstone and clay was perfect for fuelling the Industrial Revolution with the associated quarries, mines, canals, railways and industry which have created the character of the Black Country as we know it today.  The accident of nature which led to the Black Country’s rich geodiversity has also defined its landscape and culture as celebrated by the Geopark.